Ottawa Locks of The Rideau Canal

Ottawa locks at the juncture of Rideau Canal with Ottawa River in Ottawa, ON, Canada, August 2, 2009. The Rideau Canal (French: Canal Rideau), also known as the Rideau Waterway, connects the city of Ottawa, Ontario, Canada on the Ottawa River to the city of Kingston, Ontario on Lake Ontario. The canal was opened in 1832 and is still in use today. The canal system uses sections of rivers and lakes in Eastern Ontario. It is the oldest continuously operated canal system in North America, and in 2007, it was registered as a UNESCO World Heritage Site. In winter, a section of the Rideau Canal passing through central Ottawa becomes officially the world's largest skating rink. 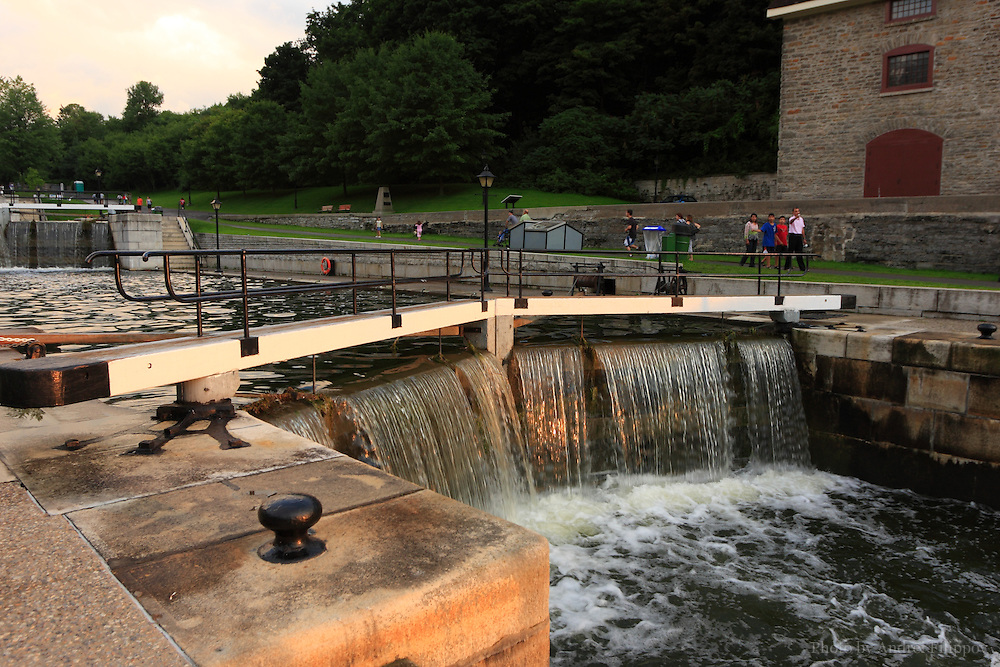